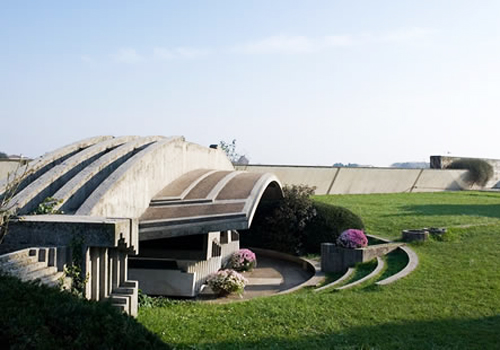 The Brion Cemetery is in San Vito di Altivole near Treviso. Carlo Scarpa (1906-1978) began designing the addition to an existing municipal cemetery in 1968. Although he continued to consider changes to the project, it was completed before his accidental death in 1978. The enclosure is a private burial ground commissioned by Onorina Tomasi Brion, widow of Giuseppe Brion, who was the founder of the Brionvega company.